Year: 1993
Director: Sawai Shinichirō (澤井信一郎)
Screenplay: Ito Ryoji, Miyazaki Akira, Sawai Shinichirō
Cinematography: Kimura Daisaku
Cast: Kazama Tōru, Washio Isako, Dan Fumi
Runtime: 125 min
Trailer: Not available
Seen at a screening as part of the Films at the Embassy of Japan programme (see also widget on Otherwhere’s left sidebar).
Every month the Japanese Embassy in London screens a film at its (aptly titled) “Films at the Japanese Embassy” event. I have only attended two screenings thus far – this particular one plus the one for 風の又三郎 ガラスのマソト (Kaze no Matasaburō: Garasu no masoto/The Glass Cape) – but my impression is that films are selected with much care and often include gems that are otherwise rather hard to come by. While Kaze no Matasaburō introduced a children’s tale that is much beloved in Japan but virtually unknown anywhere else, Waga ai no fu Taki Rentarō monogatari ventures into the country’s history of classical music. END_OF_DOCUMENT_TOKEN_TO_BE_REPLACED Seen at the film’s European premiere at the Terracotta Far East Film Festival in London. The film is due to screen at the 14th Udine Far East Film Festival on April 25, 2012.
When a film makes you cry halfway through, there is clearly something special about it. Although introduced at the Terracotta Film Festival as a production with ‘spectacular landscape scenery’, the real beauty and heart of Zhuǎn shān lie, no matter how jaw-dropping the views of the Himalayas get, in the very real depiction of human connections within the film – of strangers that find, despite the radically different worlds that they come from, that at the core they (and we) are all the same. END_OF_DOCUMENT_TOKEN_TO_BE_REPLACED

Year: 2001
Country: South Korea
Language: Korean
Director: Song Il-gon
Screenplay: Song Il-gon
Cinematography: Kim Myung-jun
Cast: Seo Joo-hee, Im Yoo-jin, Kim Hye-Na
Music: Roh Young-sim, Lee Jae-jun, Jeong Jae-il
Runtime: 115 min
Trailer: on YouTube
Seen at the Korean Cultural Centre (KCCUK) during the Song Il-gon (송일곤) month of KCCUK’s Korean Film Night programme “2012: Year of the 12 Directors”.
In the southern sea of Korea there lies an island by the name of 꽃섬 (Ggotseom, or Flower Island) where all misery and sorrow is forgotten. Ggotseom is where Ok-nam (Seo Joo-hee), Hye-na (Kim Hye-Na) and Ju-jin (Im Yoo-jin) are headed, although their journey does not start together. At the beginning of Song Il-gon’s feature film the three women are strangers to one another – solitary beings wrangling with their own pain under the same grey sky of Seoul. END_OF_DOCUMENT_TOKEN_TO_BE_REPLACED Seen at a special one-off screening at Prince Charles Cinema as part of their weekly Double Bill event. The other film screened as part of the “Most Manga Double Bill” was アキラ (Akira, Japan, 1988) – retrospectively, I should have watched that one too. Both screenings were completely sold out – lots of otaku about London it seems. 🙂
With some films, watching them once or twice does not suffice, but multiple viewings are required in order to fully understand and appreciate them – and 「攻殻機動隊」 (Ghost in the Shell) is, without doubt, one of these magnificently layered creations. Seeing the cult anime for the first time earlier this week at a special screening organised by London’s Prince Charles Cinema, this means what I can offer at this point is a first impression of a work that I plan to revisit many times END_OF_DOCUMENT_TOKEN_TO_BE_REPLACED 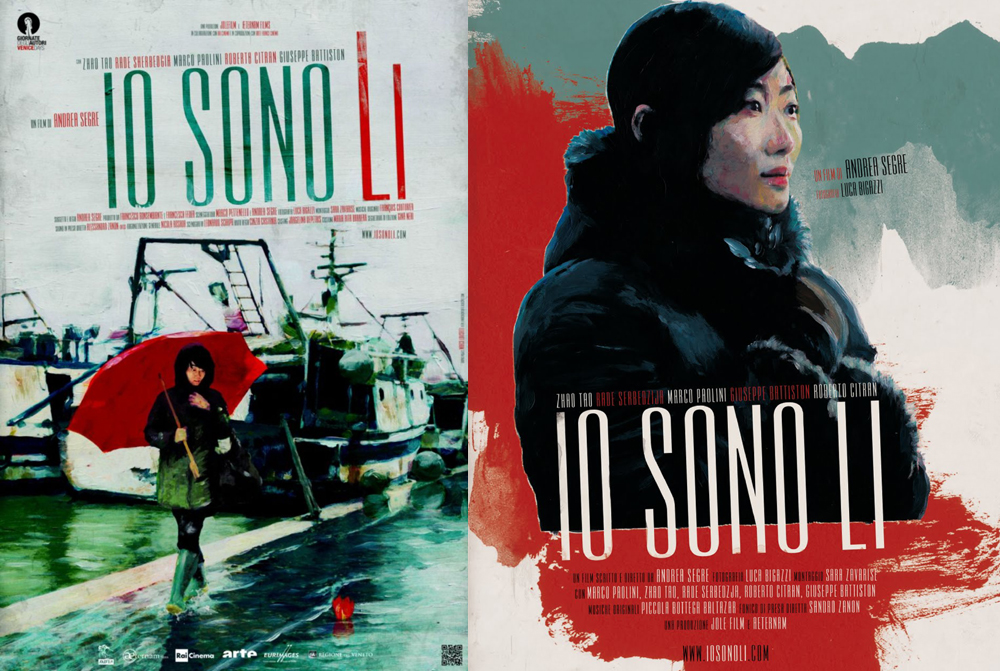 Year: 2011
Country: Italy/France
Languages: Italian, Chinese
Director: Andrea Segre
Screenplay: Marco Pettenello, Andrea Segre
Cinematography: Luca Bigazzi
Soundscore: François Couturier
Cast: Zhao Tao (赵涛), Rade Sherbedgia, Marco Paolini, Roberto Citran, Guiseppe Battiston
Runtime: 96 min
Trailer: at the film’s official website, plus some film clips
Film’s official website: Io sono Li (some sections only in Italian)
Seen at special screening at the BFI for the 2011 Satyajit Ray Award, which is given annually for “to the director, of any nationality, for their first Feature Film screened at the London Film Festival which best captures the artistry expressed in Ray’s own vision”. The screening was followed by a Q&A with the director.
Please note: Io sono Li does not yet have a UK distributor – a real pity for a film as outstanding as this one. I tried to do my tiny bit to promote it by reviewing Io sono Li on Otherwhere, if you like the sound of the film, please do like the review and/or share it widely, so that we can get a distributor to notice!
Chioggia, a city on the Venetian laguna, is the hometown of Andrea Segre, the film’s director, and representative of a very traditional Italy: of native fishermen that have been making their living off the sea generation after generation. Evenings are typically spent in pubs, where an older Italian Mamma rules the roost and serves the half-rough clientèle. On a visit to one such pub that Segre had known since childhood days, he found a new, completely alien face one day. Instead of one of the Mammas, who have become an institution in their own right in these places over the years, there was a Chinese woman, plainly signalling a change, a change that had been silently unfolding in the country for while already. The story of Shun Li, one of Io sono Li’s protagonists, found its beginning there, as Segre recounts: END_OF_DOCUMENT_TOKEN_TO_BE_REPLACED