Seen at the 2018 Busan International Film Festival, which I had the fortune to attend with a filmmaker’s festival pass. Belately, I will be posting reviews of some the twenty-something films I watched.

Kim Mooyong’s night light is a wondrous and contemplative film in which Hee-tae (Song Jae-Ryong), a terminally ill and long-divorced man, meets his pre-teen son Min-sang for the first time as the boy comes to spend a few days with his father somewhere in the countryside. However, it is not just the ‘countryside’ as Hee-tae literally lives in a hut in the mountains, with no electricity, phone signal (unless you make an arduous climb to another mountain’s peak) or any other modern day conveniences. END_OF_DOCUMENT_TOKEN_TO_BE_REPLACED 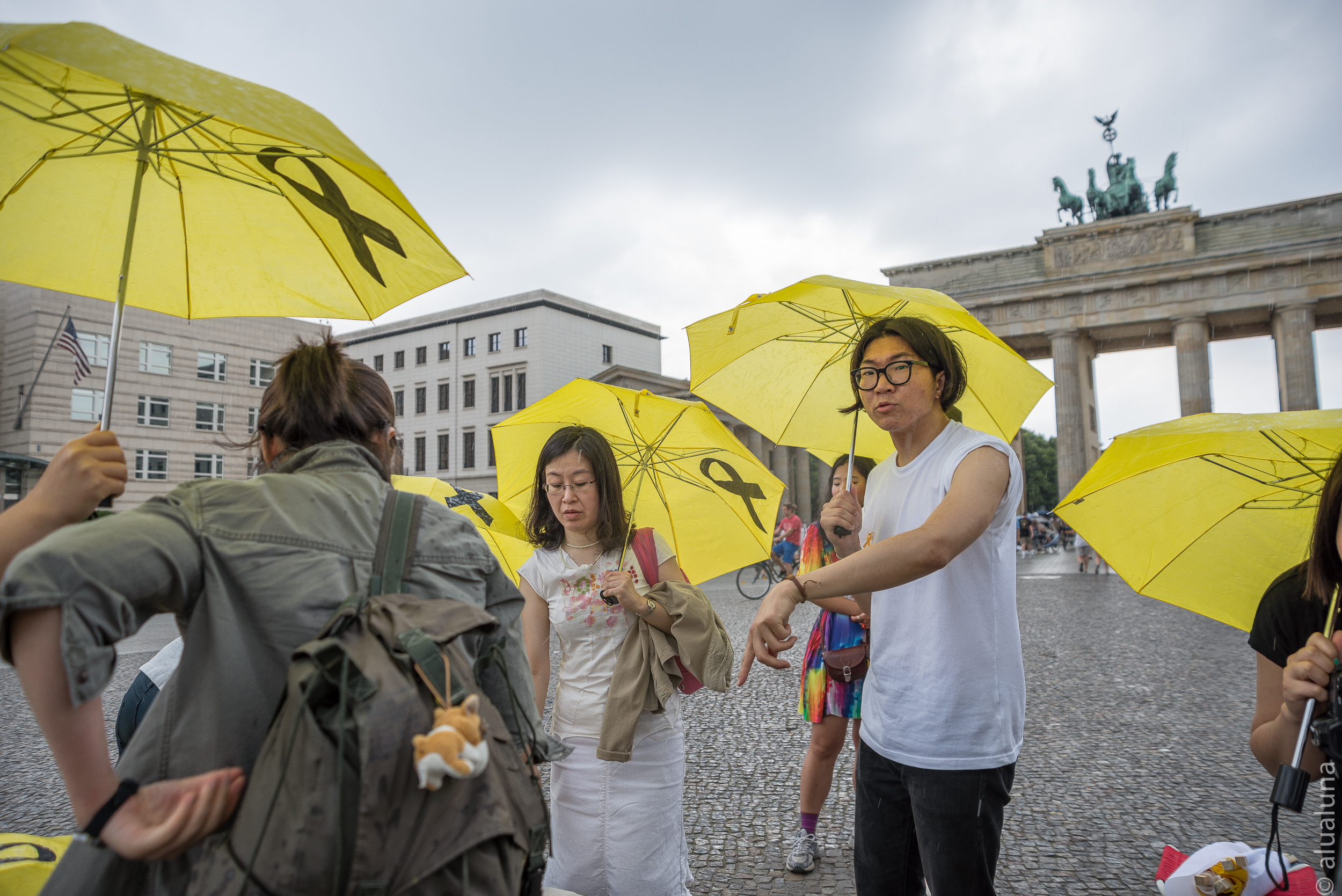 I have been spending some weeks in Austria, mostly seeking peace and quiet to write (my family is currently residing overseas so I had a flat all to myself). But being on the continent meant missing out on the monthly Sewol protest that I have been attending & photographing for a while now in London (see here, here and here). With no similar event anywhere in Austria, I took that as an excuse to finally make my first visit to Berlin ever and even managed to convince a friend to come along all the way from Spain.

END_OF_DOCUMENT_TOKEN_TO_BE_REPLACED

So, I went to Paris for that Studio Ghibli exhibition I mentioned a while back. I’ll write a separate post about that soon-ish, but thought I would share some of impressions of the city meanwhile. END_OF_DOCUMENT_TOKEN_TO_BE_REPLACED

This film is part of the K-Animation Season at Otherwhere. Seen at the 9th London Korean Film Festival. Special thanks to the KCCUK for providing me with a press ticket.

In 2011 Ahn Jae-hun and Han Hye-jin released their first feature-length animation, 소중한 날의 꿈 (Soljonghang Naluiggoom/Green Days), after eleven years of hard work. While it failed spectacularly at the box office, the reviews were largely positive, adding yet another work to the recently more active list of Korean animations. With The Road Called Life the team returned to making shorts, offering up an omnibus of three parts (each around 30 minutes long), all adapted from well-known traditional Korean tales set in different eras (1920s, 1940s and 1960s respectively). END_OF_DOCUMENT_TOKEN_TO_BE_REPLACED

When I posted my first review on Otherwhere back in 2011, I never really thought about where blogging might take me. Three years on, there have been new-found Asian film fan friends (in London and elsewhere), plenty of screeners, invites ge previews, film festivals and even interviews, as well as the opportunity to do a photoshoot for GIGAN magazine a few months back with several London-based Japanese actors – one of whom was Tabuchi Dai. I have been following Dai’s work ever since and was instantly intrigued when, a few days back, he started posting images on his Facebook page from a play he was involved in: Usagi Yojimbo at the Southwark Playhouse. So off to the theatre I went.