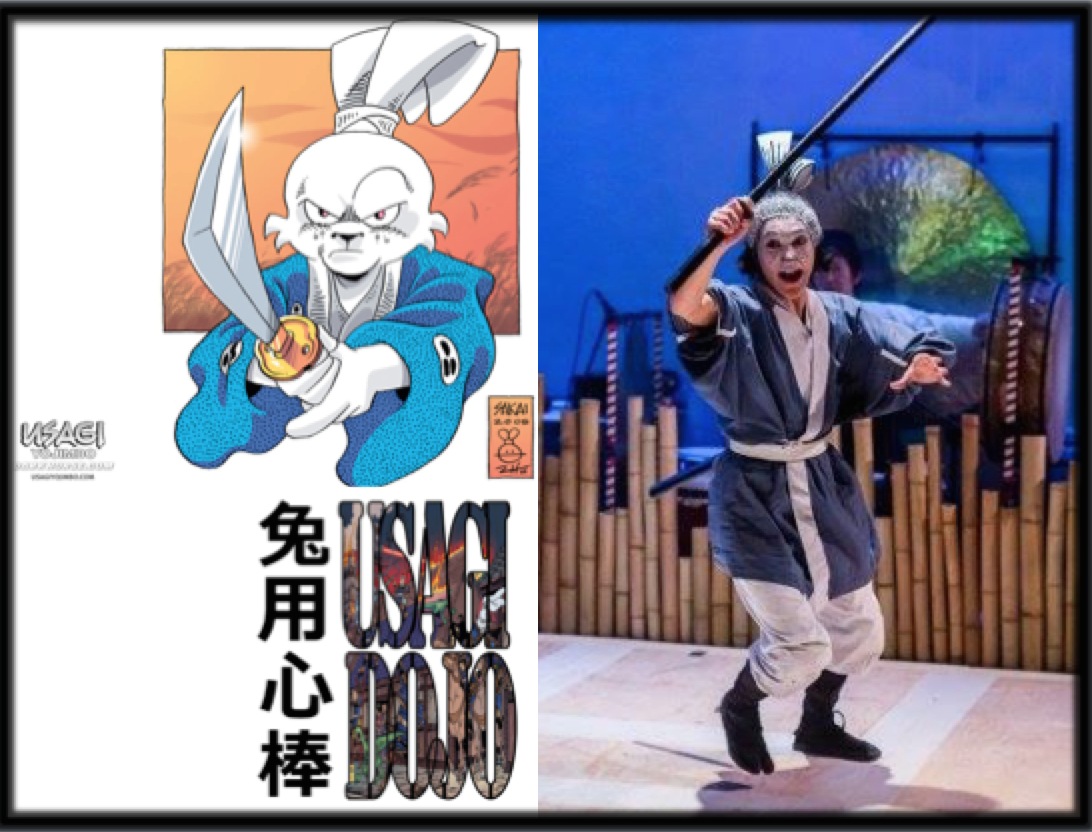 When I posted my first review on Otherwhere back in 2011, I never really thought about where blogging might take me. Three years on, there have been new-found Asian film fan friends (in London and elsewhere), plenty of screeners, invites ge previews, film festivals and even interviews, as well as the opportunity to do a photoshoot for GIGAN magazine a few months back with several London-based Japanese actors – one of whom was Tabuchi Dai. I have been following Dai’s work ever since and was instantly intrigued when, a few days back, he started posting images on his Facebook page from a play he was involved in: Usagi Yojimbo at the Southwark Playhouse. So off to the theatre I went.

END_OF_DOCUMENT_TOKEN_TO_BE_REPLACED Kirishima, the titular hero of the Japan Academy’s Best Picture of the Year, is rather like Godot: although everyone is waiting for him to appear, he never actually shows up. Different from Godot, however, we can be fairly certain that the character – a teenage boy and star athlete at his school – does exist, it’s just that he seems to have literally vanished off the face of the earth after suddenly quitting the volleyball team he previously captained. His resignation is, for a long time, pretty much the most eventful thing that happens in this tale, but takes place not just off-screen but also before the narrative begins, the film itself concerning itself only with the aftermath of the event.

END_OF_DOCUMENT_TOKEN_TO_BE_REPLACED Seen at the Terracotta on Tour screening at the Genesis Cinema thanks to winning tickets from Eastern Kicks. Special thanks also go to the Korean Film Council, which provided me with online access to the film. The King of Pigs will screen in London on March 8, 2013 as part of the Pan-Asia Film Festival and will be released on DVD by Terracotta on March 11, 2013.

This review is part of the K-Animation Season on Otherwhere.

학교 2013 (Hakkyo 2013/School 2013, South Korea, 2013), a television drama that recently aired on KBS2, explores the life and struggles of high school students on a number of levels, tackling issues such as the pressure of academic achievement, strained relationships with parents and suicide, but also the hierarchical structures of classrooms and bullying, breaking with the silence that still surrounds many of these problems in Korean society. Hakkyo 2013 deserves praise for the candid as well as sensitive portrayal of these issues, but it does not go all the way, for although the picture it presents is surprisingly dark, it is not one entirely without hope. Indeed, as television productions face the judgment of a media regulation agency and weekly viewing figures from an audience that remains hesitant about open conversations on such issues, it is left to a few, audacious films to play out the worst scenarios imaginable until the very end. One of these films – in animated form – is 돼지의 왕 (Daegieui wang/The King of Pigs, 2011).

END_OF_DOCUMENT_TOKEN_TO_BE_REPLACED Seen at the film’s UK premiere at the 56th London International Film Festival.
Update: The film will have a UK home media release via Third Window Films on June 10, 2013.

Back in the 70s Kajiwara Ikki wrote, in manga form, the story of Ai to Makoto (literally Ai and Makoto, names which also mean ‘love’ and ‘sincerity’), two teenagers on very different rungs of the social ladder whose paths fatefully cross. Angelic Ai inhabits the strata of the upper class, coming from a wealthy family that has sheltered her from all the hardships that exist in life. Makoto, meanwhile, is at the very bottom of the hierarchy: abandoned by his father and mother, he survives as a fist-fighting delinquent in the lowest echelons of Tokyo. It’s probably not the most original of stories – a modern-day Romeo and Juliet tale – but Kajiwara’s manga, which originally ran from 1973 to 1976 in the Weekly Shōnen Magazine (Kodansha), was almost immediately adapted to a dorama (1974) and to three films (1974, 1975 and 1976). More than forty-years on cult-director Miike Takashi (「クローズZERO」/Kurōzu Zero/Crows Zero, 2007; 「十三人の刺客」/Jûsan-nin no shikaku/Thirteen Assassins, 2010) dug the story out again and made it into…. well, that’s the question. END_OF_DOCUMENT_TOKEN_TO_BE_REPLACED Year: 2012
Country: Japan
Language: Japanese
Director: Matsuyama Hiroaki
Adaptation from: Shinobu Kaitani’s manga「ライアーゲーム」(Raia Gemu/Liar Game)
Screenplay: not credited
Cinematography: Miyata Nobu
Soundscore: not credited
Cast: Matsuda Shota, Tabe Mikako
Runtime: 131 min
Trailer: on YouTube
Film’s official website: in Japanese only
Seen on a British Airways flight from London to New Delhi (August 2012). The theatrical and/or DVD versions may differ slightly.
As you might guess from a title like Raia Gemu – Saisei, there is a lot that precedes this film. It all starts with a manga,「ライアーゲーム」(Raia Gemu/Liar Game, 2005 – ongoing), which went on to inspire two seasons of a TV drama (2007, 2009), a first film (「ライアーゲーム ザ・ファイナルステージ」/Raia Gemu za Fainaru Suteji/Liar Game – The Final Stage, 2010), a spin-off drama series  「アリス イン ライアーゲーム」 (Arisu in Raiagemu/Alice in Liar Game, 2012) and of course Raia Gemu – Saisei itself. END_OF_DOCUMENT_TOKEN_TO_BE_REPLACED